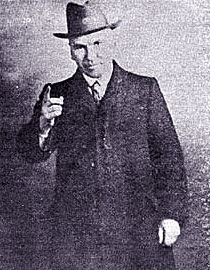 Biography: (See also the FULL MacLean Biography on this site)
John MacLean was a Scottish schoolteacher and Marxist educator. His Marxist evening-classes produced many of the activists who became instrumental in the Clyde revolts during and after WWI. MacLean was appointed both an Honorary President of the first Congress of Soviets and Soviet Consul to Scotland in recognition of his consistent socialist position on the imperialist war and his tireless work in support of the Bolshevik revolution.

MacLean was at odds with much of the British left and dismissive of the newly-formed Communist Party of Great Britain. He had already turned his back on economism and the syndicalism favoured by the Clyde Workers’ Committee, had recognised the nature of British imperialism and come to the conclusion that revolution could only come about through the destruction of the British Empire.

Speech from the Dock, at the High Court, Edinburgh on May 9, 1918
The War After the War in the Light of Working Class Economics, Glasgow Economics Class pamphlet No.1, Scottish Labour College
Letter, The Call, 18 April
An Acid Test of Sincerity, The Call, 29 December
The Release of John MacLean, Special Message to The Call, 12 December

Open letter to Lenin, The Socialist January 30, 1921
To the Electors of Kinning Park Ward, Given in the Duke Street Prison
The Unemployed: Will There be a General Strike?, The Socialist 27 January 1921