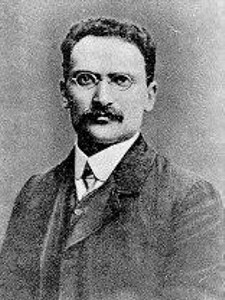 “The national question arises out of international competition. International competition is not a result of some despotic, egotistic trait of the ruling classes. It is a consequence of capitalist economy which, in the process of its development, exhibits an inevitable tendency to expand. Upon the basis of this competition, certain emotions and feelings arise among the people concerned in it.”
The National Question and the Class Struggle, 1905