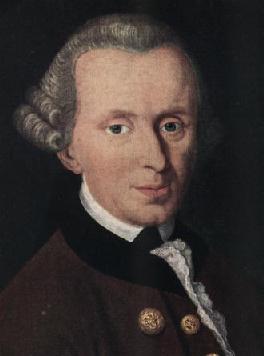 “The first step in regard to the subjects of pure reason, and which marks the infancy of that faculty, is dogmatic. The second, which we have just mentioned, is sceptical, and it gives evidence that our judgement has been improved by experience. But a third step, such as can be taken only by fully matured judgment, based on assured principles of proved universality, is now necessary, namely to subject to examination, not the facts of reason, but reason itself, ... not the censorship but the criticism of reason, whereby not its present bounds but its determinate and necessary limits.” [Critique of Pure Reason]

Excerpts:
Introduction
On Deduction
On Antinomies of Reason
On Hume

Idea for a Universal History from a Cosmopolitan Point of View

An Answer to the Question: What is Enlightenment?


Religion within the Limits of Reason Alone, 1793

from The Critique of Judgment

The Objective Purposiveness of Nature