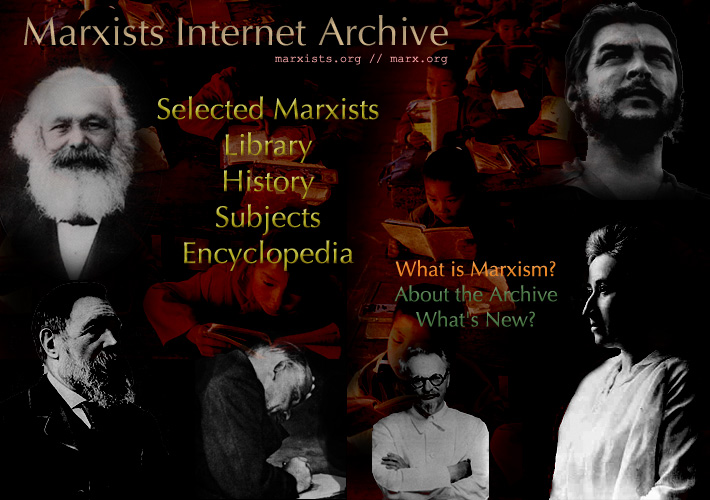 Biography, by Brian Baggins
The Philosophical Roots of the Marx-Bakunin Conflict, by Ann Robertson

The material below come from a variety of sources. Bakunin's writings include not only letters, books and newspaper articles, but unpublished manuscripts and records of speeches which are difficult to date and need editing. Selections of his writings usually include excerpts from larger manuscripts and articles made up of selections from a variety of sources. Consequently, a certain amount of repitition is unavoidable.

The Reaction in Germany, 1842
On the 17th Anniversary of the Polish Insurrection, 1847
Appeal to the Slavs, 1848
Confession to Tsar Nicholas I, 1851
Letter to Herzen and Ogareff, October 3, 1861
Letter to Herzen and Ogareff, 1861
Letter to Herzen and Ogareff, [fragment] 1861
Project Declaration to the Polish People, 1861
The Cloche and the Polish People, 1862
Preface to a Pamphlet on Poland, 1862
Where I Stand
Letter to Herzen and Ogareff, August 17, 1863
Revolutionary Catechism, 1866
National Catechism, 1866
On the Founding of the Worker's International
Power Corrupts The Best, 1867
The Workers and the Sphinx, 1867
Solidarity in Liberty: The Workers' Path to Freedom, 1867
Federalism, Socialism, Anti-Theologism, 1867
Four Letters to the Comrades of Locle and Chaux-De-Fonds, 1869
Program of the International Alliance of Socialist Democracy, October 1868
On Education, July 1869
The Policy of the International Workingmen's Association, August 1869
The Program of the International Brotherhood, 1869
The Policy of the Council, 1869
The Organization of the International, 1869
On Universal Suffrage, 1870
The Red Association, 1870
The Class War, 1870
The German Crisis, 1870
On the Social Upheaval, 1870
To “Valerien”, 1870
Letter to Albert Richard, 1870
Letter to a Frenchman on the Present Crisis, 1870
God and the State, 1871
God or Labor: The Two Camps
The Commune, the Church, and the State
What is Authority?, 1871
Man, Society, and Freedom, 1871
Politics and the State, 1871
Memories of Marx and Engels, 1869-71
Marxism, Freedom, and the State, 1870-72
On the Program of the Alliance, 1871
The Paris Commune and the Idea of the State, 1871
The Capitalist System, 1871
Mrs. Bakunin to Ogarev: Disaster is Knocking at Our Door, 1872
Letter to La Liberté, 1872
On The International and Karl Marx, 1872
Statism and Anarchy, 1873
Rousseau's Theory of the State
Ethics: The Morality of the State
Stateless Socialism: Anarchism
Letter to the Comrades of the Jura Federation, 1873
Letter to R-S: “Revolutionary action can never be based on vile and base passions”, 1874
Letter to Élisée Reclus, 1875