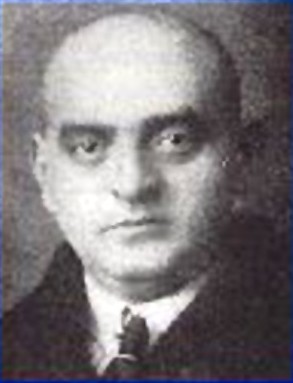 Born into a German Jewish middle class family in Berlin in 1889, he excelled at the Gymnasium before studying at the Friedrich-Wilhelms-Universität in Berlin with Otto Hirschfeld and Eduard Meyer. Soon, he established himself as an expert in Roman constitutional history. In 1914, Rosenberg proved to be a conformist representative of the German academy, believing in the “ideas of 1914,” and signing nationalist petitions. He then was drafted into the army, working for the Kriegspresseamt (the army’s public relations office).

After Germany’s defeat in 1918, he joined the new Independent Social Democratic Party (USPD), then on its formation in 1920, joining the KPD, the Communist Party of Germany. Rosenberg served on the Executive Committee of the Third International and as a member of the Central Committee of the German Communist Party. He was strongly influenced by Karl Korsch – later, like Korsch, describing Stalinist Russia as a ‘state capitalist’ society due to the Stalinist policy pursued as the basis of the First Five Year Plan. In 1927 he was expelled by the German Communist Party, withdrew from revolutionary politics, and became a democratic socialist. In 1931 he was finally made a Professor of History at Berlin University. When the Nazis came to power in 1933 he left for Switzerland, and then spent three years in exile in Britain from 1934-37 teaching at the University of Liverpool, before moving to United States, dying in New York in 1943 as a professor at Brooklyn College.

A History of the German Republic, 1936